Murray will face Federer for gold in Olympic final 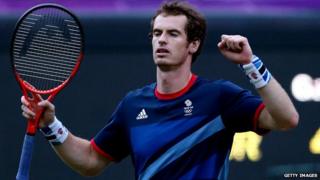 He beat the world number two 7-5, 7-5 securing his chance to play for a gold medal.

Federer won Wimbledon last month by beating Murray, but Murray is ready to rise to the challenge.

He said: "Playing against Roger is always tough, I'll need to play great tennis to win.

Now I'm in the final, I have the chance to win a gold medal.

I'm not going to have that chance for another four years. So I'll give it everything I can to try to do that."

Murray could walk away with two gold medals tomorrow as he's also in the mixed doubles final.

He and partner Laura Robson won against Germans Christopher Kas and Sabine Lisicki.