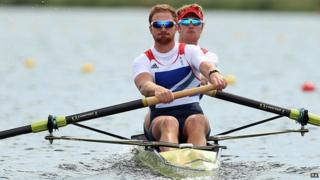 They took third place in 6 minutes and 21 seconds, just narrowly missing out on silver to France.

It's a good result for the British pair who only starting rowing together earlier this year.