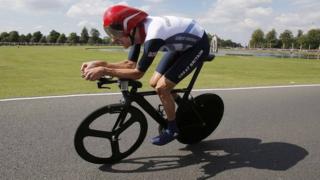 He was asked what he thought about riding on busy roads after a cyclist died when he was hit by an Olympic bus near the Olympic park.

It's not known yet whether the victim was wearing a helmet but Wiggins said making it illegal to cycle without a helmet would make things safer.

The accident happened close to the hockey centre and velodrome on Wednesday evening.

The 28 year old man died when he was hit by a bus which was carrying journalists to the games.

Wiggins grew up in London and said it can be really dangerous: "It's got a lot busier since I was riding a bike as a kid round here and I got knocked off several times."

He added that wearing a helmet and having lights on your bike is a great way to help yourself stay safe on the road. 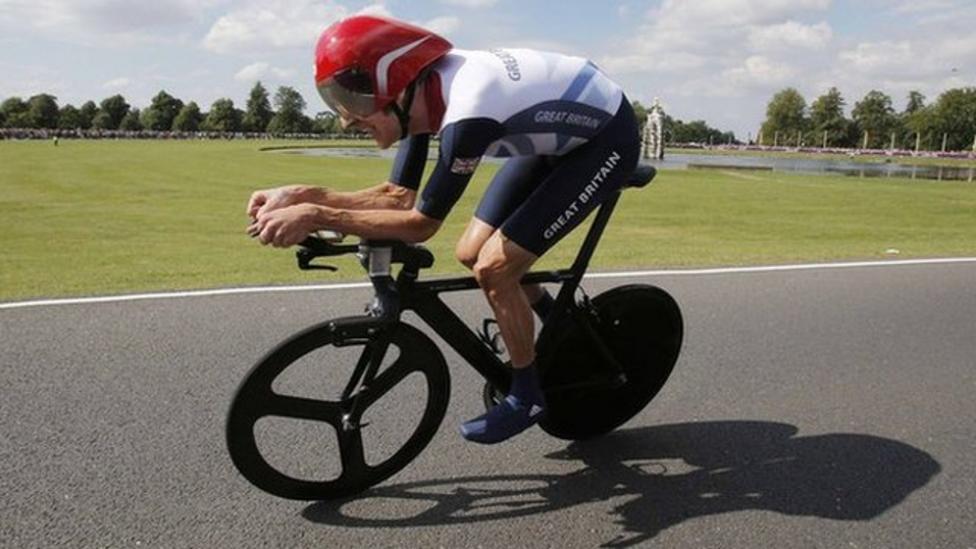