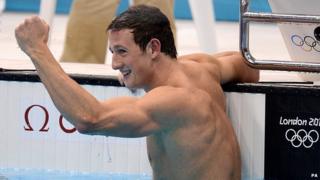 Michael Jamieson has won a silver medal for Britain in the 200m breaststroke final.

Jamieson set a new British record of two minutes 7.43 seconds in the final.

It's Team GB's second medal in the pool after Rebecca Adlington won bronze in the women's 400m freestyle earlier this week.

Adlington will not swim in Wednesday morning's 4x200m relay heats, after deciding to concentrate on retaining her 800m freestyle title.

The decision to leave her out of the relay is a bit of a gamble though.

The squad failed to reach the final after coming ninth in the heats when Adlington was also rested in the relay four years ago in Beijing.