Apple and Samsung in court over smartphone designs 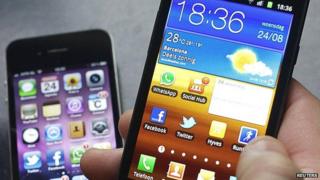 Electronics giants Samsung and Apple are in court in California after accusing one other of copying ideas.

When companies come up with new designs or technology they can register or "patent" them.

Anybody that wants to use the registered ideas has to pay the owner a fee.

Both companies claim their patented ideas have been used without permission.

Apple think Samsung have copied seven of their ideas including the design of their iPhone.

They submitted evidence to the court showing how Samsung's recent smartphones look very similar to the iPhone. 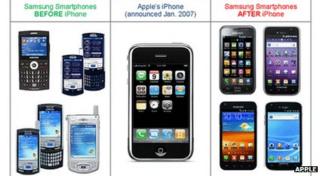 But Samsung say they were producing similar designs for years before the iPhone was released.

Apple want Samsung to pay £1.6 billion in compensation but the judge could triple that figure if she decides to punish Samsung. 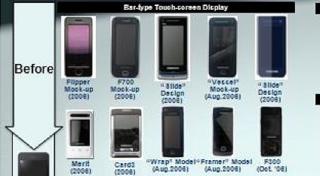 Samsung
Samsung claim they did not copy the iPhone

They say Apple rejected their original proposal "and to this day have not paid Samsung a dime".

Samsung want about £9 for each iPhone that's been sold but Apple think that's too much.

The court case will take at least four weeks.