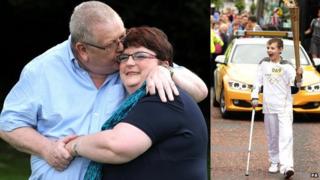 A teenager who lost one of his legs after developing cancer, is getting a new chance to walk again, thanks to a generous lottery winning couple. 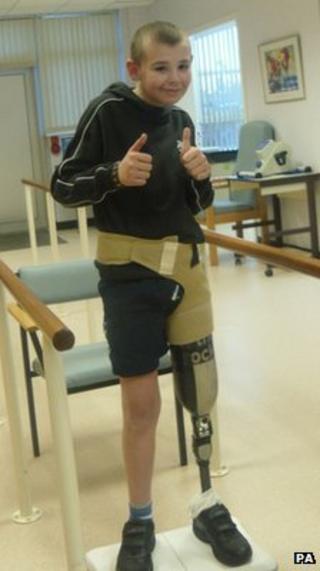 PA
Kieran's prosthetic leg is heavy and difficult to move

13-year-old Kieran Maxwell from Lincolnshire was diagnosed with a rare form of the disease in 2010.

Lottery winners Colin and Chris Weir heard about Kieran's story and stepped in to help, offering to buy him a new prosthetic leg.

He already has a prosthetic leg but it's too heavy for him to move properly.

The Weirs won £161 million in July last year and were so touched by Kieran's story they donated a big sum of money.

Kieran has always stayed active despite losing a leg and in June he carried the Olympic torch when it passed through County Durham.

His mother Nicola said he started "yelling and dancing" when he found about the donation.

"What they have done for Kieran will be a small drop in the ocean for them but for him it will change his life," she said.