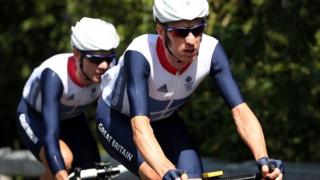 The lycra was stolen after the cyclist left it in the men's changing room where Team GB were training.

It's thought that it was taken while the record-breaker was having a shower.

It's not known who took the kit but the hotel has blamed an 'over-zealous' fan for the theft.