London 2012: Andy Murray through to next round of the Olympic Games 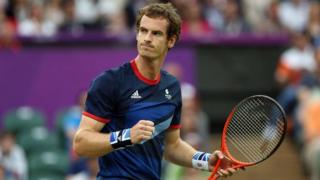 Andy Murray is through to the third round of the men's singles competition at the Olympic Games.

It was an easy win for the world number four as he cruised to victory in just over an hour.

Murray will now play Cypriot Marcos Baghdatis in the next round.

"When you play in front of packed crowds it helps," said the 25-year-old. "When it's home support and it's with you it helps a lot.

"The atmosphere has been great since the first match. Hopefully I can keep going because it's fun to play in an atmosphere like this."