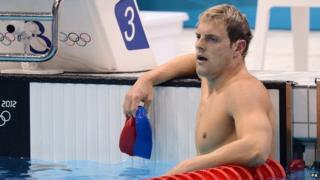 There was disappointment in the pool on Monday night after GB swimmers Liam Tancock, Gemma Spofforth and Robbie Renwick all failed to win a medal.

Tancock finished 5th in the men's 100m backstroke final with a time of 53.35 seconds - less than half a second shy of the bronze medal.

He said: "I went out there and gave it everything, it didn't quite come off for me but [the next Olympics in] Rio is only four years away." 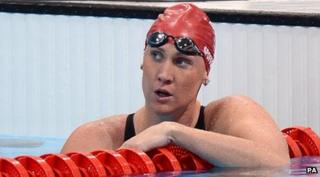 PA
Gemma Spofforth during her heat

She holds the world record in the event, which she set at the world championships in 2009.

Spofforth said: "I am disappointed but everything happens for a reason and I am just really enjoying my swimming right now." 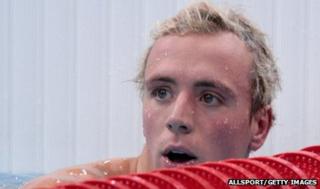 "If I keep going, in four years I might get a medal," he said.

France's Yannick Agnel won that race - his second gold of the Games.

There was more positive news, with Caitlin McClatchey and Hannah Miley both qualifying for the finals in their events - 200m freestyle and 200m individual medley.