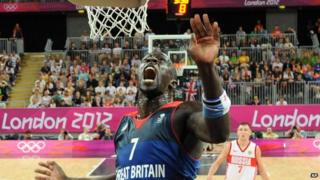 It was GB's first Olympics basketball appearance since 1948.

Things started really well for the home side and they led 18-17 following a three-pointer from star player Luol Deng.

But Russia began to gain control and after opening up a 49-34 lead at the half-time, they never looked in danger.

GB forward Pops Mensah-Bonsu said his team must get over the defeat quickly.

"We'll look at the tape and bounce back. We felt our half-court defence was good and they struggled against it," he said. 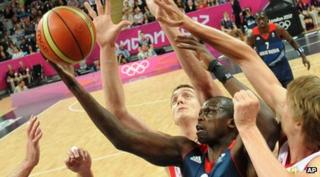 Elsewhere reigning champions the USA , powered to a 97-71 victory over France.