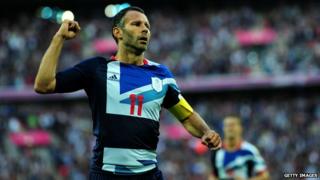 Great Britain beat UAE 3-1, meaning they only need a draw against Uruguay in their final group game to take them through to the quarter-finals.

Captain Ryan Giggs headed the opener and Tom Cleverley hit the post as GB led at the break.

Rashed Eisa equalised and for a while it looked like UAE would spoil the party.

But substitute Scott Sinclair scored a minute after coming on and Daniel Sturridge's sealed the win with a chip.

Stuart Pearce's side now play Uruguay in their final group game on Wednesday.

The Uruguayans were one of the pre-tournament favourites, but they lost 2-0 by 10-man Senegal at Wembley earlier in the day. 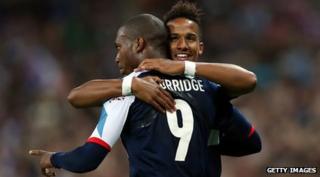 "It is an instant knockout situation, there is all to play for and that makes it even more exciting."