Google in trouble over Streetview information 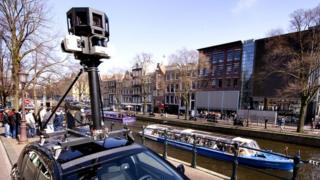 Google is in trouble over information it collected from people's computers whilst getting pictures for Google Street View.

Google Street View allows you to zoom to a point on a map and get a view similar to one you'd see if you were stood there yourself.

In order to do this Google sent out cars to record images in lots of places around the world.

But they didn't just record photographs.

In May 2012 it was revealed they also recorded information from some UK homes that had wi-fi that wasn't protected by a password.

This information is private and there are rules in this country to make sure it this personal information doesn't get into the wrong hands.

And by scooping up the information Google were breaching those rules.

The UK's Information Commissioner (ICO) told Google to delete all the information, and Google in December 2010 the said they had done this.

But now it has been revealed they still haven't deleted people's information and it's still on their computers.

The ICO have responded with by saying, "It is clear that this information should never have been collected in the first place and the company's failure to secure its deletion as promised is cause for concern".