Syrian forces surround the city of Aleppo with tanks 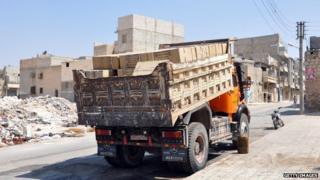 Fighting between government forces and rebels in Syria is getting worse as fears emerge that the Syrian government is preparing a big attack on Aleppo.

The Syrian government has surrounded the city with tanks, helicopters and military aircraft and UN experts fear lots of people may die if and when the next attack is launched.

Aleppo is Syria's most populated city and rebels there are saving medical supplies and ammunition in case there's a big attack. 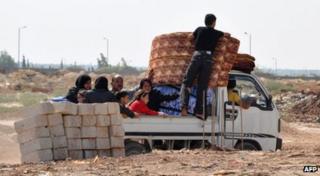 AFP
Civilians are trying to escape the fighting in Aleppo

The UN have asked both sides to spare civilians.

BBC reporter Ian Pannell says thousands of people have already left the city because they fear an intense battle.

Activists say more than 16,000 people have been killed in Syria since the start of protests there in March 2011.

But it's difficult to verify claims like this because journalists in Syria have to work under tough controls.

All you need to know about the Buck Moon!