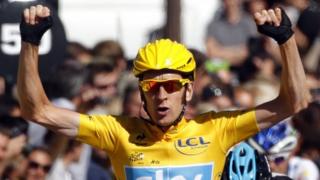 Cyclist Bradley Wiggins has made history by becoming the first ever British winner of the Tour de France.

Thousands of British fans turned up to see the triple Olympic champion cross the finish line on the Champs Elysees in Paris on Sunday afternoon.

Wiggins said: "I'm just trying to soak it all in. You never imagine it will happen to you but it's amazing."

He completed the 20th and final stage of the mammoth three-week race with a lead of three minutes and 21 seconds. 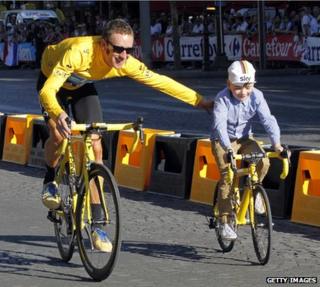 For his lap of honour Bradley was joined by his seven-year old son!

Before his victory, the 32-year-old said that winning would be his "greatest sporting achievement".

Wiggins' team-mate Chris Froome came second, and to top the British success Mark Cavendish claimed the final-stage victory - his fourth in the competition. 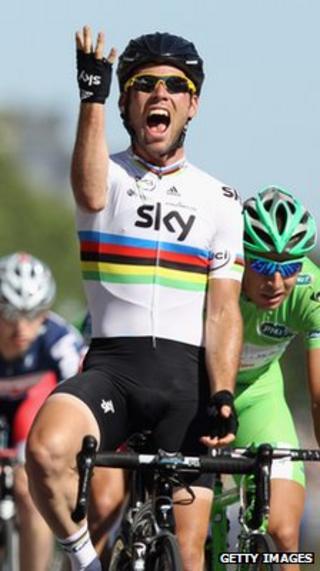 Cavendish, who's from the Isle of Man, won the traditional sprint down the Champs Elysees and made it look easy.

Bradley Wiggins' win was a personal victory - he had finished only fourth in the Tour in 2009 before crashing out with a broken collarbone in 2011.

But in 2012 he stormed ahead early in the event and wore the famous yellow jersey for 13 stages in a row.

But there's no rest for Bradley Wiggins. He's already back in the UK and on Saturday he's cycling in London as part of the 2012 Olympics road race.