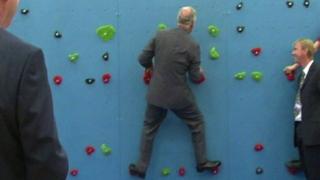 Prince Charles became the Prince of Scales when he tried a new climbing wall at a school in Jersey!

Charles and his wife Camilla were opening a newly renovated building at Grainville School.

The couple have been visiting the island of Jersey as part of their Diamond Jubilee tour.

Those watching seemed pretty impressed at the future king's display - they even gave him a round of applause when he finished! 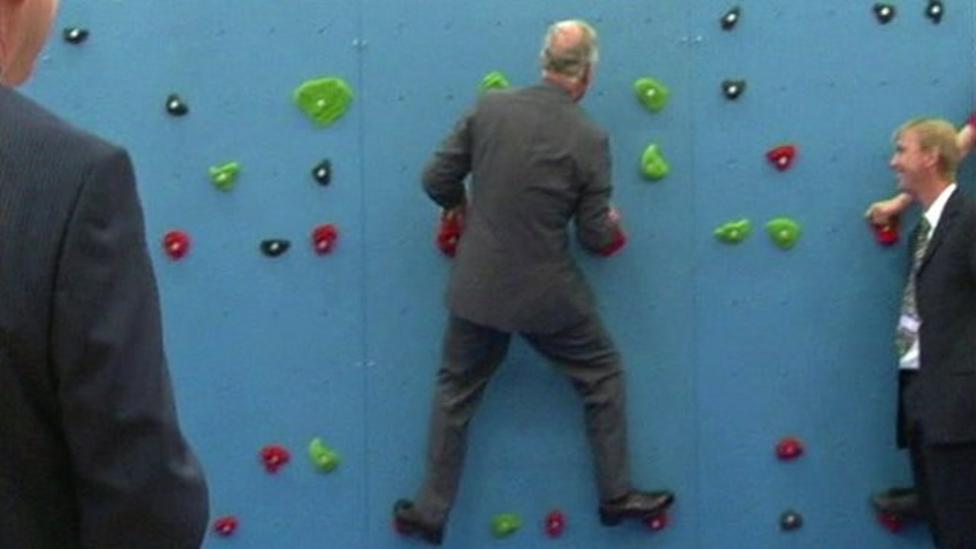