What's on the menu for a mission to Mars? 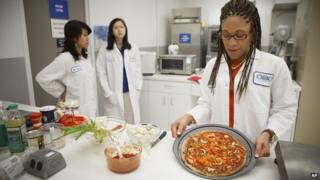 Imagine if you had to decide now what you wanted to eat for every meal for the next two-and-a-half years? Difficult - right?

Well that's what scientists working on the first manned mission to Mars, planned for the 2030s, are doing.

So they'll need a lot of food on board.

The menu must keep a group of six to eight astronauts healthy and happy and also offer a broad range of food.

The scientists have come up with about 100 recipes so far, all vegetarian because it's impossible to preserve meat and daily products long enough to take to Mars and back.

More stuff: Play our quiz all about Mars

Newsround's favourite so far is the delicious-sounding Thai pizza. It doesn't have cheese, but is covered with carrots, red peppers, mushrooms, peanuts and a homemade sauce with a spicy kick! 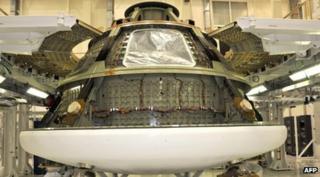 AFP
Here's what the Mars spaceship could look like

"Mars is different just because it's so far away," says scientist Maya Cooper, who's leading the team. "We don't have the option to send a vehicle every six months and send more food as we do for the International Space Station."

One idea is to have a greenhouse on board where astronauts can grow fruit and vegetables. They would have to care for the plants and then use the ingredients, combined with others from Earth, to prepare their meals.

Around £600 million is spent every year researching how to keep hungry astronauts fed for such a long time in space.

And no - they won't be taking any Mars Bars.