Who is Bangor City's Les Davies? 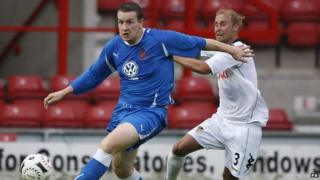 Les Davies has hit the headlines after being nominated for Uefa's best player in Europe award.

He'll be up against the likes of Barcelona's Lionel Messi, Real Madrid's Cristiano Ronaldo and Manchester United's Wayne Rooney for the top prize.

It's thought he got the nomination from a Welsh journalist. The Uefa awards ceremony will take place on 30 August in Monaco.

Even if you're a big footy fan, you might not know who he is. So Newsround's been gathering up our top five Les Davies facts!

1 - He plays for Bangor City 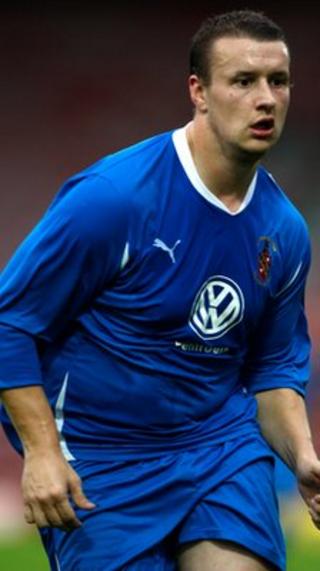 They're one of the best teams in Wales.

Bangor play in the Welsh Premier League and last season they finished second to The New Saints.

He spent a spell at Porthmadog before returning to Bangor in June 2007.

The forward is a former Welsh under-21 international and has also represented Wales' semi-professional under-23 side.

The 27-year-old won the BCFCSA (that's the Bangor City Football Club Supporters Association, if you didn't know) Player of the Season two years in a row. He was also voted into the team of the season by the league's managers in 2011-12.

He scored 16 goals in the league last season for Bangor - that's more than Chelsea's Fernando Torres and Didier Drogba combined!

He's a semi-pro footballer. That means he spends most of his week working in a different job. He currently makes safety equipment for a Bangor-based company called ISC.