Guide: Who is Bradley Wiggins? 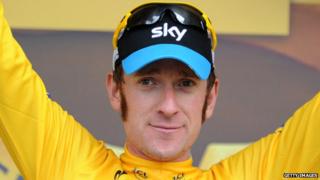 Bradley Wiggins is the first Brit ever to win the Tour de France.

In 2012 he was the fastest overall rider, with a winning margin of three minutes 21 seconds over any other cyclist on the Tour.

But here's a little bit more info on the man taking the cycling world by storm...

1) He wasn't actually born in Britain

Bradley was born in Ghent in Belgium, but grew up in London near to the Herne Hill Velodrome, where he started racing at the age of 12.

He is passionate about clothes and fashion. He's even created his own styles with designer Fred Perry.

During the seventh stage of the 2011 Tour de France, Bradley crashed and broke his collarbone. This ended his hopes of winning the yellow jersey.

5) Time for a Holiday

After the Tour de France and Olympics are all over Wiggins will be going on a big holiday to Majorca with his family. Due to all the training he's been doing he hasn't had a break since last November.