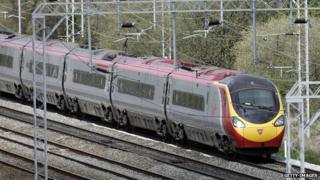 British railiways will be given the biggest upgrade for more than 100 years, the government has announced.

But there are worries ticket prices will go up to pay for the upgrades.

Prime Minister David Cameron said it was the biggest transformation of rail travel in this country since the Victorian Ages.

He said: "This investment will mean faster journeys, more seats, better access to stations and a truly world-class rail network."