Chat: Have gadget problems affected you? 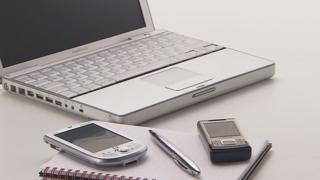 Tens of thousands of people haven't been able to use their phones after O2 had a problem with their network.

It's not the first time that technical faults have caused trouble.

There have also recently been issues with some online gaming networks.

We want to know if you have had any problems with technology.

Have you had any glitches with your gadgets?

Has your phone or computer stopped working and what did you do?

How do you cope when technology goes wrong?

Here are some of your comments

"To be honest, I can live without a phone. It's happiness that's the important thing in life, not a digital message."

"I was affected by the problems at O2. Mainly it was the fact that I was still receiving text messages, but I couldn't reply. Some were from my friends asking about homework and I couldn't help them. :S But I was fine about it!!"

"My phone is O2 and it was so annoying because I could not text my friends or call anyone. Good they finally got it working again."

"My phone network has been going on and off since yesterday, I can't live without my phone! My phone is my life."

"I had LOADS of tech problems yesterday! I couldn't even send a text to my friend or go on the internet or call anyone!!! I can't believe it! I hope it doesn't happen again!"

"My mum and I had some problems with our network, but I can cope because I have the laptop to go on CBBC and play games."

"I had this problem last night with my Blackberry, it was on SOS all night. I could not send any messages or get on the internet."

"I haven't had any problems so far but my T-Mobile network doesn't have network in some areas."

"Tesco wasn't working either. I couldn't get any signal last night and this morning so I couldn't ring my friends or text anyone."

"I'm on O2 and it wouldn't send my texts or let me call anyone - it caused drama!"

"My phone broke from getting wet in the storms yesterday but I put it in rice and now it works!!"

"I haven't really been affected. However, if something like my games console were to stop working, I don't think I'd be able to cope!"

"The problems at O2 affected me, it stopped my messages from being sent and stopped people getting in touch with me. I felt cut off from the world, it was horrible. Definitely can't live without my phone!"