Towns and cities 'too noisy' for baby birds 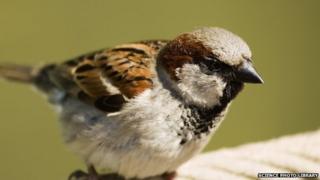 Noisy towns and cities could be affecting the number of baby birds that survive, a new report says.

Researchers say the noise in urban areas could stop adult birds hearing their chicks chirping when they're hungry.

The team found that birds nesting in noisy areas weren't as good at feeding their chicks, and this reduced the chance of the chicks surviving.

There are now only about a quarter of UK sparrows, compared to 40 years ago.

Dr Julia Schroeder, who wrote the report, said there had been lots of studies on why numbers are dropping but most of them focussed on the way sparrows mate.

"The idea that the communication between parents and offspring could be affected in cities is fairly new," she said.