Animal testing numbers highest for 25 years in the UK 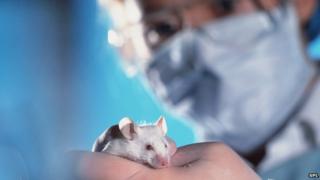 Last year almost four million animals were used for testing in the UK.

The number of animals used for research was the highest for 25 years.

Scientists use mice and other animals for lots of different tests which they say helps them to treat diseases in humans.

Animal welfare groups are annoyed at the rise, they want the government to commit to ending severe animal suffering.

The government had promised to reduce the number of animals used in scientific research but said that they needed more time.

The report shows a change in the animals which are being used for tests.

More fish and birds are being used in experiments rather than rats, mice and monkeys.