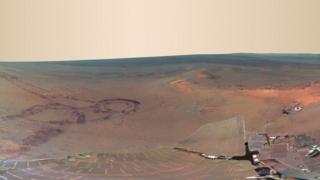 Best ever picture of Mars revealed

An amazing new picture of what the surface of Mars looks like has been released by space agency Nasa.

The 360-degree view comes from the camera on the Mars Exploration Rover called Opportunity.

More than 800 images are used for the shot which even shows the tracks left by the rover's wheels. 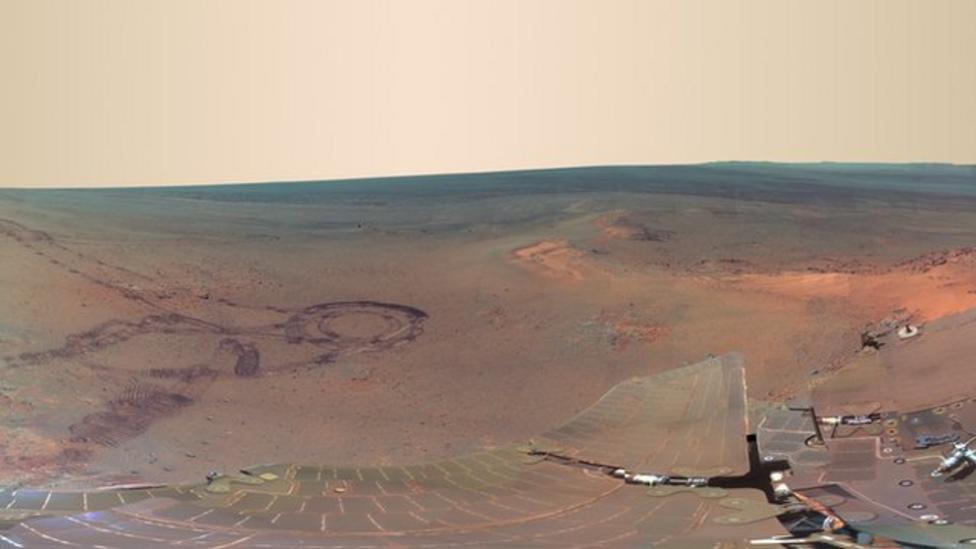 Best ever picture of Mars revealed