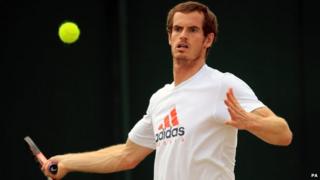 Andy Murray will attempt to become the first British man to reach a Wimbledon singles final for 74 years when he takes on Jo-Wilfried Tsonga.

The Scot will play his fourth straight semi-final after fighting from a set and a break down against David Ferrer.

The last Briton to reach the Wimbledon final was Bunny Austin in 1938, two years after another Brit Fred Perry won the tournament.

Murray has beaten France's Tsonga in five of their six previous meetings.

"Jo's a tough opponent," said Murray. "He's served very well so far. It's a very different match to playing against Rafa, but he's one of the best grass-court players in the world, that's for sure."

The British number one has had a really good tournament, beating several top players including Marcos Baghdatis, Marin Cilic and David Ferrer. 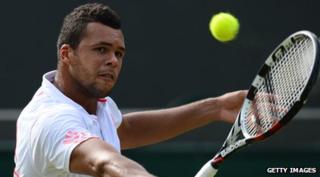 "When you start each tournament, you want to try to win," said Murray.

"Everyone kept telling me I had such a hard draw and how tough it was going to be to get through. I managed to do that. I've beaten some very good players.

"But I want it to continue. I'd be disappointed if I lost before the final in any tournament, but I don't just expect to get there. It's a very difficult thing to do. You need to make sure you perform properly."

CBBC's Hacker has been at Wimbledon and has some advice for Andy.