Guide: What is Libor and what does it mean? 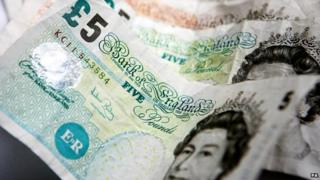 The scandal that led to two top Barclays Bank chiefs resigning has been criticised as "appalling" by the Prime Minister.

He's announced a parliamentary inquiry into what happened at Barclays.

The bank was fined £290 million after staff were said to have lied about the figures used by banks to loan money to each other.

There is one piece of information at the centre of the scandal - it's called Libor.

It stands for London Interbank Offered Rate and it's a percentage number like 1% or 5%.

It's used to work out how much it costs to borrow money.

For example - if you loan someone £100 and you charge them 1% for borrowing it, they have to pay you back £1 extra. That extra is called interest.

The banks loan money to each other, and Libor is one of the rates of interest they use.

Each day Libor is calculated by looking at the average of all banks' borrowing costs - at the moment it's around 1% but it can change by small amounts.

It's important because even small changes affect the interest rates paid by people who've borrowed money to buy their homes.

Barclays Bank is accused of lying about the interest rate it was using to borrow and lend money.

That means Libor - the average rate of all banks' borrowing - would have been inaccurate.

That could have affected millions of people's payments to banks for their houses, known as mortgages.