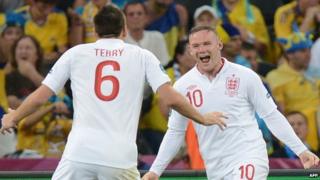 England are through to the Euro 2012 quarter-finals after beating Ukraine 1-0, thanks to a Wayne Rooney goal.

The returning striker missed a simple chance in the first half, but an easy header minutes after the break gave England the lead.

Ukraine's Marko Devic controversially had a shot ruled out even though it appeared to cross the line before it was scrambled clear by John Terry. 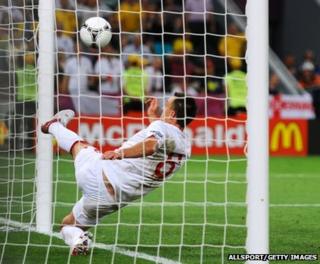 Allsport/getty images
The goal that wasn't: John Terry clears a shot from Ukraine's Mark Devic after it appeared to cross the line

The French side qualify as group runners-up and will face Spain in their next game.