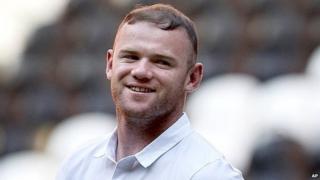 Wayne Rooney can be the inspiration to take England through to the Euro 2012 quarter finals, says Roy Hodgson.

The England manager said: "His attitude was perfect in training sessions. He has been very lively, energetic and enthusiastic. That's a positive."

Rooney hasn't been able to play until now because of a two-match ban.

England need to draw or win against co-hosts Ukraine on Tuesday evening to ensure they reach the final eight.

Hodgson added: "If Wayne can produce his best, then he can help us keep going even further."

Theo Walcott, who scored against Sweden on Friday, is fit to play following an injury scare.