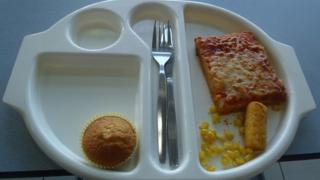 A ban on the school dinners blog of a nine-year-old girl has been lifted in a U-turn by local councillors.

Martha, from Argyll in Scotland, had been banned from taking photos of her school dinners after council staff were unhappy with the fuss it caused.

But on Friday lunchtime the leader of Argyll and Bute council, Roddy McCuish, told his staff to end the blog ban.

Martha gave each meal a 'food-o-meter' and health rating, and showed photos of the food. 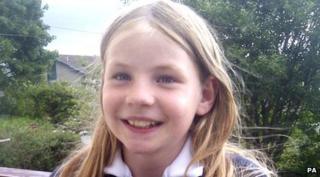 Although she was criticised for some of her reviews, her last one rated a meal 10/10.

She had got two million hits and attention from celebrity fans like Jamie Oliver, and raised nearly £18,000 for charity.

In a post on Thursday evening, Martha said: "Goodbye. This morning in maths I got taken out of class by my head teacher and taken to her office.

"I was told that I could not take any more photos of my school dinners because of a headline in a newspaper today."

The decision to ban Martha's photos caused a storm as people emailed and tweeted about it.

The council released a statement saying a decision was made "to stop photos being taken in the school canteen."

But Roddy McCuish said the ban on her blog would be lifted straight away. The council now wants to promote its school food which it says is healthy.

Speaking before the council's U-turn, Martha's dad said he supported what she had done.

He said: "Children are engaging about food. They are very used to adults saying 'you should be eating this', but when it's a child leading a change of attitudes that's powerful."