Harry Redknapp believes he'd still have been sacked even if Tottenham had qualified for the Champions League.

It was announced on Thursday that he'd be leaving Spurs after nearly four years at the club.

Tottenham missed out on a Champions League spot because Chelsea won the European title.

He said: "We finished fourth and were unlucky at the end, but I think the same outcome would have happened."

He now says he's hungry to get a new job and doesn't hold any grudges against Tottenham.

The 65-year-old had one year remaining on his contract. He said the decision was down to the owners deciding to "move in a different direction with the manager".

In a statement from Tottenham, Redknapp said: "I have thoroughly enjoyed my time at Spurs and am proud of my achievements."

He led Tottenham to the Champions League for the first ever time in 2010.

He had been the hot favourite to get the England manager job, but that went to Roy Hodgson. 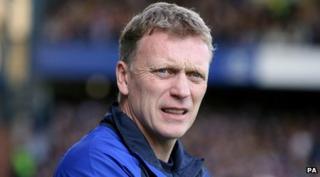 Everton manager David Moyes is one of the names in the running to take over at Spurs, along with Wigan's Roberto Martinez and US coach Jurgen Klinsmann.

When Redknapp joined in October 2008, Tottenham were bottom of the Premier League - they'd scored just two points from eight games.

But that season he took them to the League Cup final and an 8th place finish in the table.

The 65-year-old added: "I have had a fantastic four years with the Club, at times the football has been breathtaking."

"I am sad to be leaving but wish to thank the players, staff and fans for their terrific support during my time there."

He said: "The club and I should like to thank him for his achievements and contribution. Harry will always be welcome at the Lane."