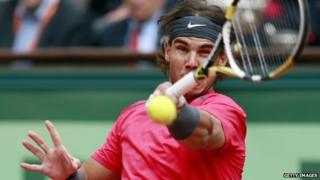 The match had to be played over two days because of rain delays.

Only three men have more titles - Roger Federer with 16, Pete Sampras on 14 and Roy Emerson on 12.