Andy Murray out of French Open 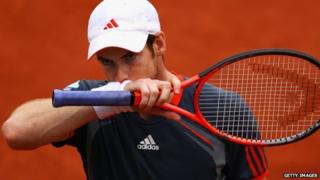 Andy Murray's bid for a first Grand Slam has ended after he was knocked out of the French Open by David Ferrer.

Murray had reached the quarter-finals but says he now needs to work on his fitness levels before the start of Wimbledon.

The British number one is ranked fourth in the world but was playing on clay - a surface which isn't his favourite.