Dinosaurs a lot lighter than we thought 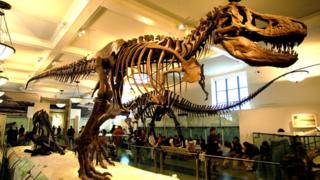 British scientists have discovered that dinosaurs were a lot lighter than we used to think.

A team at the University of Manchester did it using laser scanners on animal skeletons.

They calculated how much animals would weigh if they were just skeletons wrapped in skin but without the normal fat and muscles.

For almost any mammal, the full weight was about 20% - or a fifth - more than the weight with just skin and bones.

Then they scanned a giant Brachiosaur skeleton, calculated the skin and bones weight, and added the missing 20% to discover what it would have weighed.

It turned out to be about 23 tonnes - only around a quarter of some previous estimates.

'Much easier to weigh dinosaurs'

Large mammals were used for the experiments as they move in a similar way to dinosaurs.

Knowing the weight of these prehistoric creatures is really useful to scientists to learn more about them and how they lived.

Dr Bill Sellers, who worked on the project, says it used to be very difficult to guess what dinosaurs weighed.

But now, he says, "using laser scanners with the skeletons we have made it much easier." 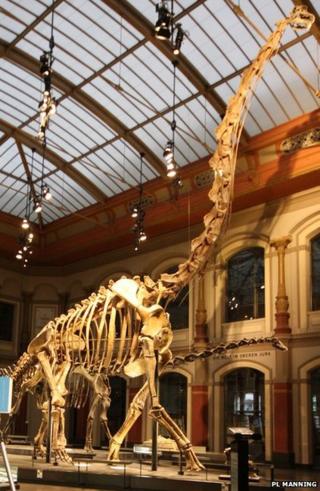