The most Dull and Boring story on Newsround? 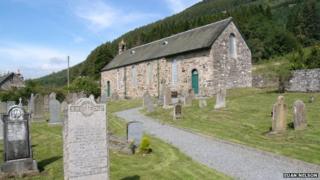 An American town called Boring has voted in favour of "pairing" with the village of Dull in Perthshire, Scotland.

Boring, in the state of Oregon, is best known for timber logging. Dull, in Perthshire, is a very small village, with one street.

Dull hopes to get a new road sign saying it's linked with Boring.

The Boring residents said it would be good for transatlantic relations, tourism and humour.

The link between the two places was the idea of a lady from Perthshire who spotted Boring on a cycling holiday.

When the idea was first suggested, Dull community councillor Marjorie Keddie said: "It might seem like a joke but this could have real benefits for Dull."

Jim Hart, a journalist at Boring's newspaper, The Sandy Post, spoke to people in Dull to find out if they have anything in common.

He said: "One of the things our communities share is the weather... we get a lot of rain and snow every year."

Other
The town's website says it's "an exciting place to live"

Boring was named after William H. Boring, a soldier in the American civil war who lived in the area.

Dull's name may have come from the Gaelic word for meadow, although some claim it comes from a word meaning 'snare' or an animal's harness.