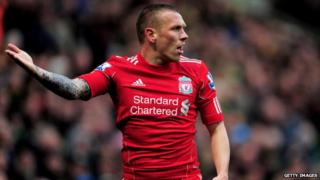 Liverpool forward Craig Bellamy has revealed he will be in the Great Britain squad for this summer's Olympic Games.

The 32-year-old had been one of the favourites, along with David Beckham and Ryan Giggs, for the three over-age slots available to Stuart Pearce.

"I am in the Olympic squad - but I was supposed to keep it quiet" he said.

"It's a different challenge. I had a difficult season with Liverpool but the Olympics is a one-off."

Bellamy is the first star to confirm his involvement in the squad.

Others players linked with a call-up include Gareth Bale, Chris Brunt and Steven Fletcher.