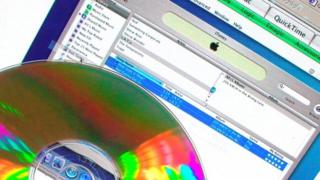 How do you like listening to music? We're guessing probably not on a CD.

That's because more and more of you now prefer to download your tunes instead.

For the first time ever, digital music sales in the UK have overtaken purchases of physical formats such as CDs.

Official figures show that over 55% of record sales during the first three months of the year were on digital music.

And so far Lana Del Ray has had the biggest selling digital album of the year.