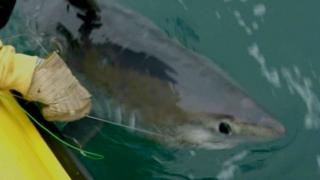 Biggest shark ever caught in Britain?

Two fishermen got more than they bargained for when they hooked this massive shark!

They are claiming it's the biggest shark ever caught in British waters.

It's called a Porbeagle, and was three metres long and probably weighed in at more than 200 kilograms.

The fearsome fish dragged the boat along for more than a mile in the hour-and-a-half long struggle off north Cornwall.

The shark was tagged and released alive. 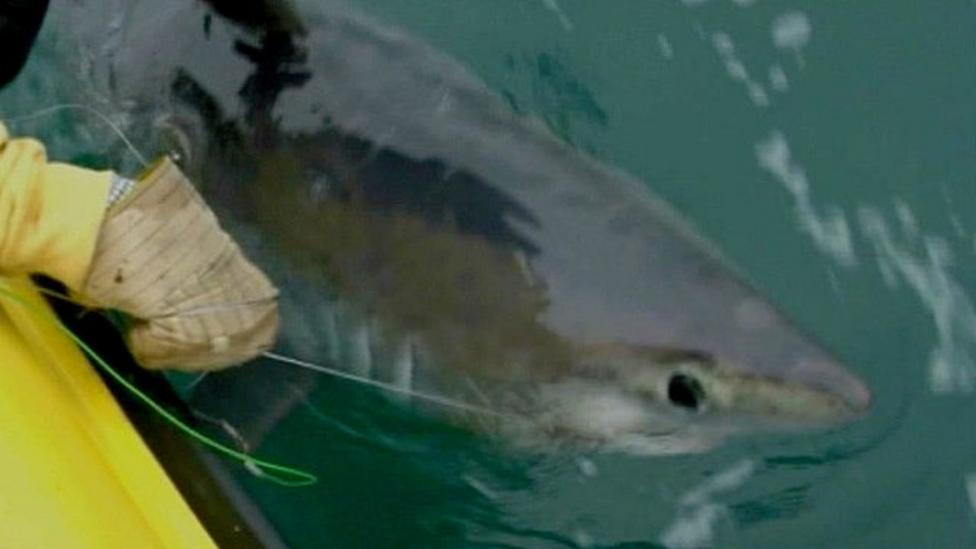 Biggest shark ever caught in Britain?