Short-haired bumblebees back in UK after 25 years 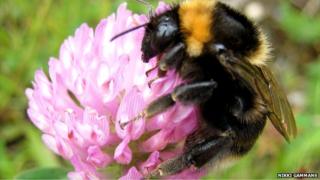 A type of bumblebee once extinct in Britain is back, thanks to scientists bringing in new bees from Sweden.

Short-haired bumblebees used to be common in the south of England but died out in 1988.

A big drop in the number of wildflower meadows, where the bees used to live, was blamed for their extinction.

Bee experts knew the bumblebees were surviving in Sweden - so they went over there and brought some back!

"But it is magnificent that we can bring back this bee species and give it a second chance here in the UK."

The loss of the wildflower meadows happened after World War II when land was dug up for farmers to grow food.

That meant the bees couldn't survive, and eventually died out.

The experts brought back bumblebees from Sweden, and kept them in a laboratory for two weeks to check they weren't infected with parasites.

They've now released the bees in Kent at a bird reserve that's been adapted specially for them.

Local farmers have also helped by allowing wild flowers to grow around the edges of their fields - which will attract the bees.

Why do we need bees?

Over the past few decades, many species of bumblebee have been in serious decline.

Wildlife experts say the loss of the bees and other insects that pollinate flowers would be bad news for other wildlife. 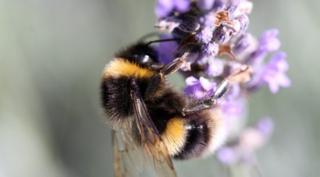 Pollination means taking pollen from one plant to another, which creates new seeds to grow flowers and crops.