Lady Gaga forced to cancel gig because of safety fears 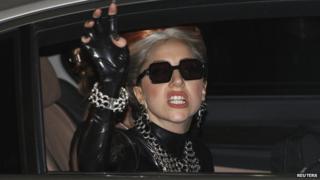 Lady Gaga has been forced to cancel a sell-out gig in Indonesia after hundreds of people protested against her performing in the country.

Some people there think the 26-year-old's shows are not suitable for children.

Indonesian police then denied the Bad Romance singer the right paperwork to perform in the country.

Gaga said she was very sad to have to cancel the gig, but confirmed there were safety fears.

"I'm so sorry to the fans and am just as devastated as you if not more" Gaga wrote on Twitter.