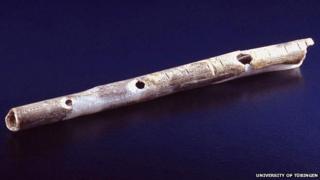 Researchers have identified what they say are the oldest musical instruments in the world. 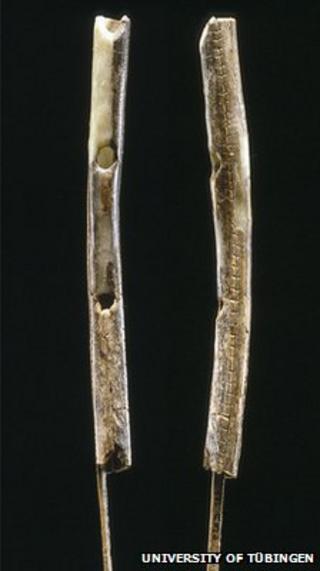 University of Tübingen
These flutes were made of mammoth tusks

The flutes made from bird bone and mammoth ivory were found in a cave in southern Germany.

Scientists used a technique called carbon dating to show that the flutes were between 42,000 and 43,000 years old!

They think the musical instruments may have been used for religious rituals or just for fun!

The cave in Geißenklösterle is one of several caves in the area where personal ornaments, mythical imagery and musical instruments have been found.