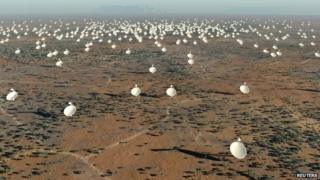 South Africa, Australia and New Zealand will all host part of the biggest radio telescope ever built.

The nations belonging to the Square Kilometre Array organisation made the decision at a meeting on Friday.

The £1.2 billion project will cover the size of 200 football pitches and will be controlled from the Jodrell Bank observatory in England.

The SKA will have hundreds of huge dishes that'll sweep the sky to answer some scientific mysteries. 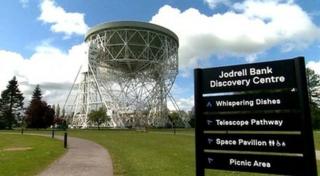 The telescopes will be controlled from Jodrell Bank in the UK

They'll probe the origins of the Universe, test the theory of gravity and even search for alien life.

South Africa and Australasia had put forward separate, competing bids to host the projects and one outright winner was expected.

But the SKA organisation decided both proposals should contribute something to the final design of the telescope.