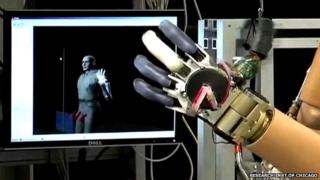 Controlling robots with the power of your mind? Something out of a superhero film, surely.

But no - gadgets are being invented all the time that allow people to control robotics just by thinking.

Some of them are for fun, others are to help people out who've been injured.

They're getting more and more advanced and could change the way we live our lives forever.

Here are five of the best. 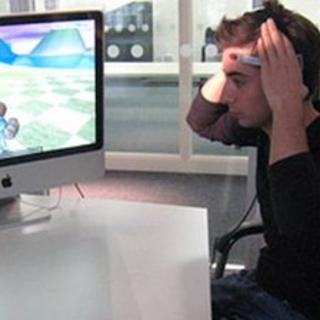 This gaming device was invented in 2008 and Ricky tried it. It's a headset with three sensors, detecting two types of brain activity: signals that help you pay attention and those which make you relax.

The sensors change the signals into computer commands which help you pick up objects and throw things around, all with the power of your mind. The more you concentrate, the more points your character gets. 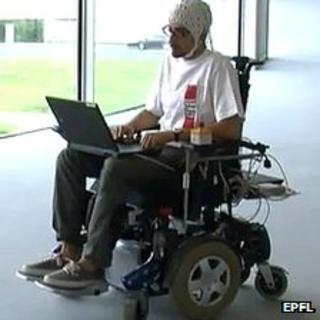 Invented in 2011, this device allows wheelchair users just to "think" of which direction to go in, and then it moves that way. It's been tested by researchers in Switzerland. The user has to wear a head cover fitted with tiny sensors connected to the brain.

The sensors pick up the "thoughts" and translate them to commands on a computer. And then the computer sends signals to move the wheels on the chair with motors. 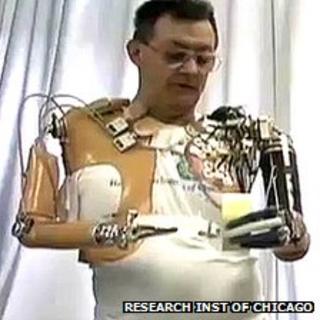 This patient was able to pick up items like a roll of sticky tape and a bottle of water. The downside of some of this technology is currently the amount of wires and sensors that have to be fitted to the patient. 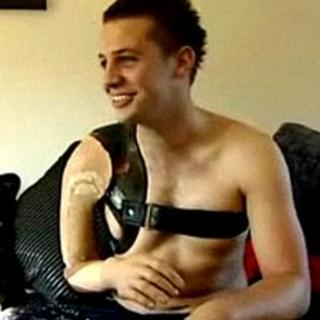 This arm is the first one to be fitted to a British serviceman injured in battle. Corporal Andrew Garthwaite received it in January 2012 in a six-hour operation. Like the other bionic arms it works by being connected to the brain, but this doesn't need loads of sensors attached to the outside of the body or head.

The user is able to wear it under normal clothes, so only eagle-eyed observers will spot that its not a real arm. 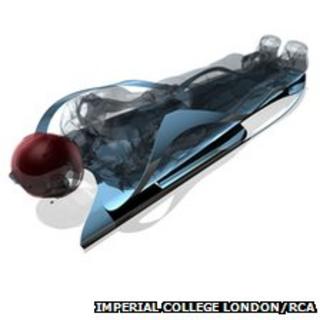 A gadget for paralympic bobsleigh athletes that could be seen in future winter Olympics. It's currently only a prototype but 'Brainsled' will allow disabled athletes to control a bobsleigh using special helmet device containing electrodes.

They will be able to steer the bobsleigh using their thoughts. The electronic signals from the electrodes are fed into the bobsleigh's rudder which turns it the correct way.