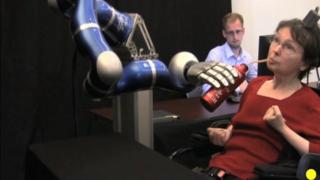 A new robot arm, controlled by thoughts in the brain, is being used on people whose bodies are paralysed.

The technology at an American university means for the first time in years a lady whose arms didn't work has been able to feed herself a drink.

The system links a computer to a tiny sensor fitted inside the brain, which turns electrical signals into commands.

Scientists now want to reconnect other people's brain to their paralysed limbs to help them work again.

Nel's been finding out more. 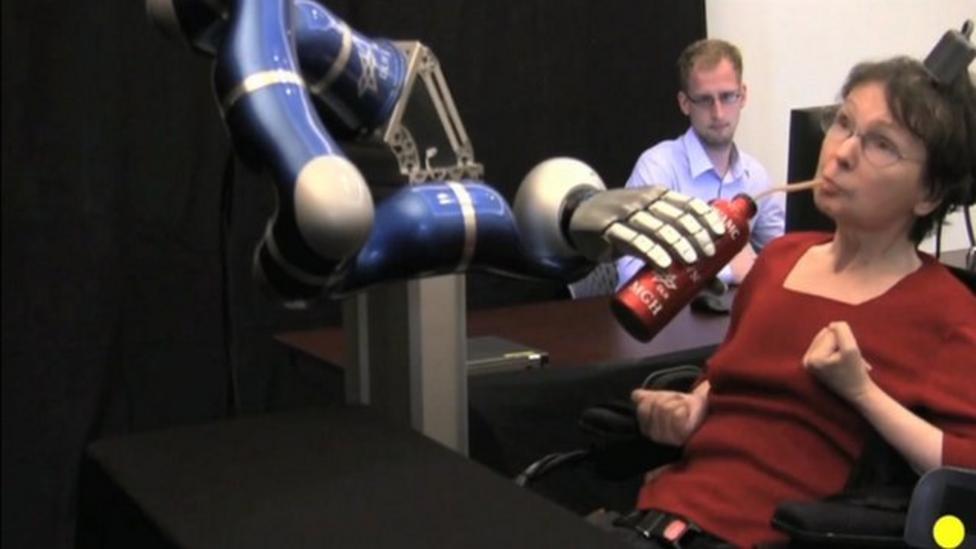