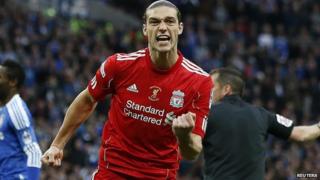 Who's in the England squad for Euro 2012? It's been the question on every fan's lips for weeks.

We take you through the others who make up Roy Hodgson's 23 man squad:

England's number one without a doubt. One of the first names on the team-sheet since 2010. He's had an amazing season for Manchester City, winning the league and being named in the Premier League team of the year. He's seen as one of the best young keepers in the world.

West Ham stopper had a nightmare at the World Cup in South Africa. Let in a soft goal against the USA in England's opening game and was dropped by Fabio Capello after that. Has played all season in the Championship after being relegated with the Hammers but gets the nod due to a lack of other English goalkeeping options.

Who? If you don't know who Jack Butland is you're not alone. He was brought into the squad after John Ruddy broke his finger. Butland is Birmingham's reserve goalkeeper. He's has played for England at Under-21 level and has been on loan at League Two side Cheltenham Town this season.

Everton left back has had another fine season for the Toffees. An expert at free-kicks, corners and penalties but he probably won't get much time on the pitch as understudy to Ashley Cole.

Centre back who's been injured since Chelsea's Champions League semi-final win over Barcelona. He should be fit in time for the Euros and looks favourite to be first choice alongside his club team-mate John Terry.

Another who's guaranteed a starting spot. Ninety three caps for the Three Lions and one of the most consistent left backs in world football. Could be his last chance to win something with England after more than 10 years of trying.

Everton centre back with plenty of experience. Replaced Man City's Gareth Barry on 28 May after he was ruled out with a groin injury. Can fill in in midfield, which is where he used to play for former club Sheffield United. Played in England's Euro 2012 qualifiers against Montenegro and Wales.

Was critical of Hodgson's training methods when he was Liverpool manager and in that sense he's a bit of a surprise. Might not have been picked if Tottenham's Kyle Walker was fit but has been England's first choice right back for the last three years.

Youngster who's been picked for his versatility. Has played right back, centre back and central midfield in his first season at Manchester United and was in Fabio Capello's starting line-up before the Italian was sacked as England boss.

On a high after helping City to win their first Premier League title in 44 years. Has established himself as first choice at the Etihad but still to convince for England.

He's been sacked twice as England captain and was sent off in Chelsea's Champions League semi-final. Question marks over his form, pace and injury record, as well as the potential for him to divide the England dressing room haven't put off Hodgson. Probably because he's the only centre back in the squad with experience of a major tournament.

Went to the World Cup in 2006 but has never really convinced for England. A mixed season for Liverpool saw him get man of the match in the Carling Cup final but he failed to score in any Premier League games. Can play left or right wing.

Named as Hodgson's captain he's one of only two players who's actually played under the manager before. The Liverpool midfielder has been an inspirational figure for his club over the years but has suffered with the rest of England's golden generation at major international tournaments. Could play just behind one main striker in England's first two games while Wayne Rooney is suspended.

The Liverpool midfielder has been called up at the last minute to replace Frank Lampard who injured his thigh. He's played for England only twice before and didn't have a great season with the Reds. He played just one minute of his club's last four games.

Man City utility man can play right wing, left wing, centre midfield or even full back. He fell out of favour at City towards the end of the season after starting brightly. Is seen as a steady hand and a hard working team player. Qualities that could see him get the nod from the new manager.

England's forgotten man a few years ago, he was suddenly given a starting birth by Fabio Capello and has not looked back since. A guaranteed starter if fit but he's been struggling with an achilles problem during Spurs last few games of the season.

The second uncapped player in the squad. The teenager didn't even get into the Arsenal team until half way through this season but strong performances in their Champions League games with AC Milan showed he's got the skills to trouble defences. Fast, strong and able to play across the midfield he could take other countries by surprise if given a chance.

Missed out on the 2010 World Cup at the last minute he is seen as one of England's most exciting, yet inconsistent players. Blistering pace makes him dangerous but there's still questions about his crossing and finishing. Also finished the season injured.

A good first season at Old Trafford saw him just miss out on his first Premier League winners medal. Tricky winger who can also play behind the striker he is a threat from corners and free kicks and has a knack of winning penalties. First choice by the end of Capello's reign and expected to keep his place under Hodgson.

The big target man has had a miserable season and a half at Anfield but showed some glimpses of his £35 million pound form in the last few games. He's big and powerful and will be unknown to most of Europe's defences. Expect to see him as an impact substitute if England need a goal in the last 15 minutes of games.

Suspended for England's first two games against France and Sweden but still one of the few England players guaranteed a place when fit. Has been quietly effective at Manchester United this season finishing second top scorer in the Premier League behind Robin Van Persie. Hodgson will have to decide if he plays him as an out and out striker with Gerrard behind, or up front alongside either Carroll or club mate Danny Welbeck. The fear is it could all be too late by the time he's available to play.

Has come to everyone's attention this season as Manchester United's first choice striker alongside Rooney. Quick and with great movement he's shown he can handle big games. Could fill in up front while Rooney's suspended but it might be a lot to ask of such a young player.

His last chance to really stake his claim for England. He's been in and around the squad for 10 years but has never nailed down a place. Finished the World Cup as first choice but his chances have been limited at Tottenham this year. Despite that he's still scored 17 goals and could be another one England turn to if they need a late goal in games.