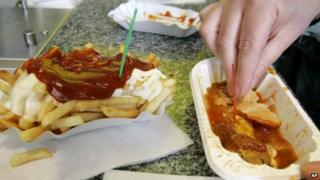 The way to stop the UK from getting fatter is to make junk food much more expensive, experts say.

Researchers at University of Oxford say putting a special tax on things like burgers, sweets and fizzy drinks will put people off buying them.

More than 10 million people in the UK are obese and 30,000 die each year from problems caused by their weight.

A similar plan in America led to big drop in sales of sugary drinks.

There are already taxes on items like cigarettes and alcohol, so experts say this idea should be widened.

Researchers claim a tax on unhealthy foods could cut the number of deaths from heart disease by almost 3,000 a year.

There are no plans to bring the tax in yet and these are only suggestions at this stage.