Rio Ferdinand to be dropped from England squad 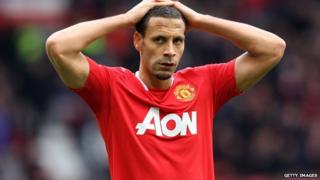 Hodgson will name his squad for this summer's tournament in Poland and Ukraine on Wednesday afternoon.

Another former captain and defender John Terry looks like he'll keep his place, while Spurs' Kyle Walker could miss out because of injury.