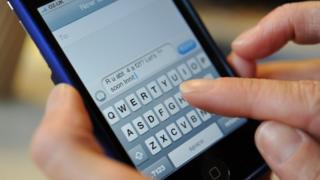 Police in the US town of Fort Lee, New Jersey, have started a battle against texters who aren't looking where they're going.

Anyone caught texting whilst walking is fined for "jaywalking", an American term for walking on the road instead of the pavement.

The crackdown is all about safety, say police in Fort Lee.

More than 20 of their pedestrians have been hit by cars in 2012. In just six weeks, they've fined 117 texters.

"It's a big distraction. Pedestrians aren't watching where they are going and they are not aware," said Thomas Ripoli, chief of the Fort Lee Police Department.

Swerving in the wrong direction?

Meanwhile, two professors at a university in New York have done a study on walking and texting.

They covered people's faces so they could only see their phones, and then told them to walk in a straight line.

The results of the study showed walkers are 60 percent more likely to swerve in the wrong direction if they're texting. 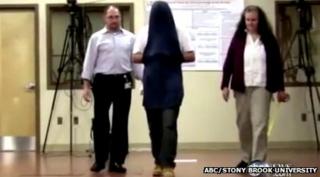 There are already mobile apps available which actually help people to walk and text at the same time.

The apps use the phone's camera to show a view of the road on the top half of the phone's screen - but it's a very limited view.

Best not try using one of those in Fort Lee though...