London Olympic sculpture 'The Orbit' to be revealed 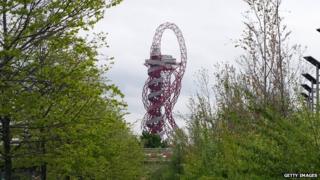 It towers over the Olympic Park and today it's officially unveiled as the biggest sculpture in the UK.

'The Orbit' is the huge sculpture that's been built next to the Olympic Stadium in London.

The giant tower has been designed by world famous sculptor Anish Kapoor.

It's hoped it'll attract as much attention as the famous 'Bird's Nest' stadium in Beijing for the last Olympics.

5,000 visitors a day will be able to go up to get amazing views.

It's not been cheap to build though, costing over £20 million, but most of that has been given by a rich company that makes steel.

Some people have described the unusual looking Orbit as looking like an exploding red paper clip and a fairground helter-skelter gone wrong!

Once it opens to the public in July visitors will be able to catch a lift up the 35-storeys to the top. 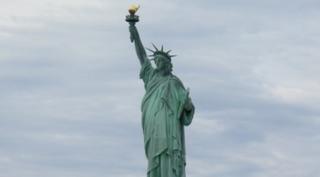 The record breaking steel structure is 22 metres higher than the famous Statue of Liberty in New York.

At exactly 114.5 metres tall it towers over the Olympic stadium next door, which only measures in at about 60 metres.

The Orbit is made up of mostly twisted red steel, which makes it stand out, and over the half the steel used is recycled.

Which is a good job, because in total it took 2,000 tonnes of steel to build.

It will be officially opened to visitors on 28th July.