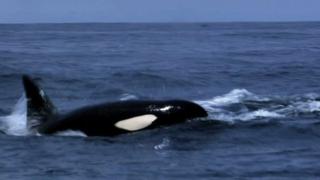 A BBC/National Geographic film crew have captured rare footage of humpback whales intervening in a hunt by a pod of killer whales.

Gray whales migrate north along the west coast of the USA in the spring and although it is known the vulnerable young are often targetted by killer whales, it is rarely captured on film.

In this clip the end of the killer whale attack can be seen, followed by the "agitated" humpback whales trumpeting.

The gray whales are being followed for the Planet Earth Live series, known as 24/7 Wild in the US, which continues on Wednesday 1930 BST on BBC One in the UK. 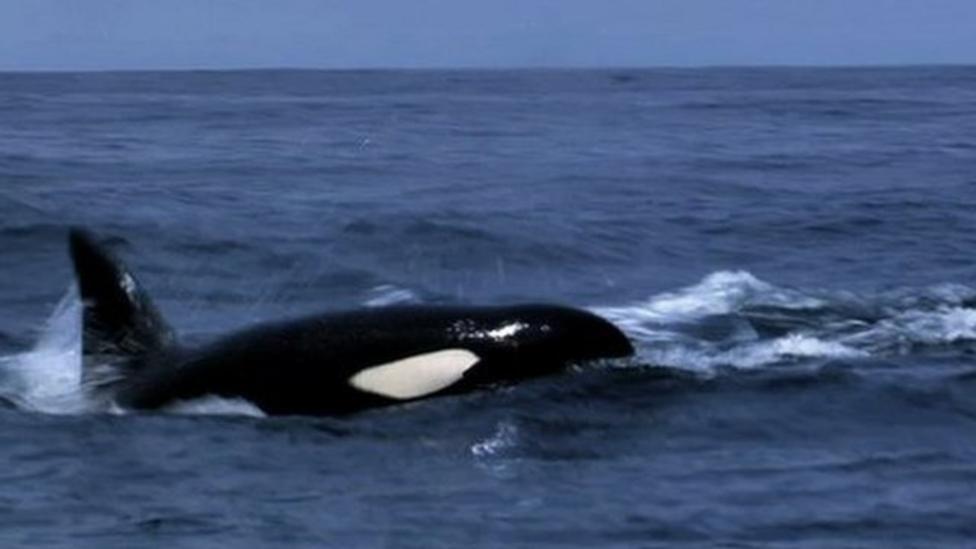