Muamba returns to Bolton's stadium for the first time 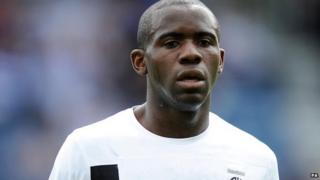 Fabrice Muamba is ready to return to Bolton's Reebok Stadium for the first time since his cardiac arrest.

The midfielder will be in the stands for Wednesday's game against Spurs, the team he was playing against when he collapsed on 17 March.

That match was at Tottenham but he's not been back to his home ground since.

Bolton boss Owen Coyle said: "We're absolutely delighted we'll be able to welcome Fabrice and his family back to the Reebok."

His presence will give the Trotters a big boost ahead of a crucial game in their fight against relegation.

They're currently third from bottom of the Premier League but will go level with Wigan and Aston Villa if they win.

It promises to be an emotional night as he takes his place in the crowd.

Coyle added: "We're all looking forward to seeing him."