Kelly Rowland won't be back on next series of X Factor 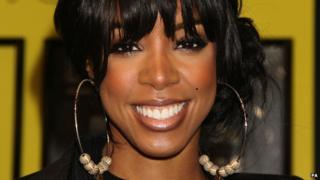 Kelly Rowland says she won't be a judge on the next series of the X Factor.

The American singer was one of three new judges on the last series of the hit show, but it seems that was just a one off.

A spokesman for Kelly says she couldn't arrange enough time in her schedule to fit in filming the hit series.

It's not clear who will replace the Destiny's Child star but it's rumoured that Dannii Minogue could step in and return to the judging panel.

Neither Tulisa or Louis Walsh have confirmed whether they will return but Gary Barlow has signed up for the new series.

There's also the big question of whether Simon Cowell will help pick a winner and be a mentor on the show he created.

Last series he stepped aside to let Gary take his place but lot's of people said the show missed him.

Who did you think should replace Kelly Rowland?

This chat page has now closed - thank you for all your comments. Here are a selection of those we received.

"I think Chris Moyles because he is on the radio and he should know music from that and he is funny."

"I think Ellie Goulding because nobody really knows her and if she goes on the show then she will be more popular and she's funny!"

"I think Plan B should be because he is a brilliant singer and sounds like a rock star."

"I think that Ozzie Osbourne should replace Kelly Rowland, or someone that's into Rock music to make it a bit more of a balance, because almost everyone else on these sort of shows are into Hip-Hop/Rap."

"I think Christina Aguilera should replace Kelly because she is great and and she could really spice up the show!"

"I think Peter Kay should be the next judge because he will be like David Walliams and he is very funny."

"I think Dannii Minogue should return because she was really good the first time she was on."

"Alexander Burke would be great because she's one of the most famous winners of the X-Factor."

"I think Justin Bieber because he is American like Kelly Rowland and all the girls like him so everyone would watch it!"

"I think Lady Gaga or Cher Lloyd should be a judge on the X-Factor because they are brillant artists who could make people become big stars."

"I think Conor Maynard should take over because he would make it way funnier because of the way he jokes around."

"I think Justin Bieber 'cause Simon wants more people to watch his shows and most people love Justin Bieber, just like me!"

"I think Danny from The Voice should replace her because he's cheeky and cheerful."

"I think Katy Perry should become a new judge because she's funny and will probably make it more intresting, plus she might make the final very spectacular."

"I think Matt Smith should take over from Kelly because he would be good at it."

"I think that Robbie Williams should replace Kelly Rowland because he has experience in Take That."

"I think Jessie J should be on X-Factor because she's such a good singer and and coaches her group on the voice brilliantly. If Jessie J won't take it then Carly Rae Jepsen should because her single, Call Me Maybe is brilliant."

"I think Taylor Swift should replace Kelly Rowland because she's a big success and has great taste in music."

"I think perhaps someone from 1D or Little Mix as they've had the experience. Maybe even George Sampson because of BGT!"

"I think Olly Murs should take over from her because Olly was really good on the X-Factor and he knows what they are going through."

"I think Katy Perry should be the new judge on the X-Factor because I like her and her music."

"I think it should be Cher Lloyd, but to be honest I don't watch The X Factor, The Voice is so much better."

"I think it's very sad that Kelly Rowland is leaving but I think Beyonce should be a judge on The X Factor. She's irreplaceable!"

"I think Adele because she's a great singer, loads of people love her and she's won awards!"

"I think that Jessie J would make a great X Factor judge as she's doing so well on The Voice, and she was great when she helped Tulisa out last year!"

"I think that Rihanna should replace her because I'm sure that she'd be really kind to the contestants."

"I think Olly Murs should be the next judge on The X Factor, I would love it!"

"I think Adele should be the next judge because no one can sing like her and everyone loves her. It would bring a lot more viewing for the channel on Saturday night."

"I would like Cheryl Cole or Sharon Osbourne to come back. I think it would be so cool."

"I think we should bring back Cheryl Cole because she helped people and was more caring."

"I think someone like Beyonce, Miley Cyrus or Selena Gomez. I would definitely watch the show if one of them were a judge."

"I think that Jessie J should take over because she is funny and will make the show more interesting."

"It's a shame Kelly's leaving. I think Cher Lloyd or Harry Styles should replace her as they both did great during The X Factor 2010 and they know their stuff."

"I think that Jonathan Ross should be an X Factor judge and Keith Lemon should be his sidekick."